Welcome to the World of Twinning! 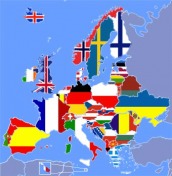 Callington & District Twinning Association works on behalf of Callington Town Council to promote links between Callington and its two twin towns of Guipavas in France and Barsbüttel in Germany.

The twinning charter between Callington and Guipavas was signed in 1982 to foster links between groups and individuals in a wide range of contexts, be they social, educational, cultural or sporting. Over the years these have become so successful that many people have struck up close friendships that have led to firm ties between families and many an invitation to important family occasions such as weddings and christenings.

Since 2004 Callington has also been twinned with Barsbüttel, a town in northern Germany just to the east of Hamburg, with the same aims. What has made this new link even more interesting and exciting is the fact that Guipavas and Barsbüttel were already established twin towns themselves, so we have created a triangular link with many common interests, experiences and values.

There has been the additional benefit of making contact with Keila, Barsbüttel's other twin town in Estonia, and this has brought an added dimension to twinning activities, particularly the annual international Youth Project which took place between the four communities over the course of 14 years.

​More recently, twinning links have helped add an exciting international dimension to the Callington MayFest celebrations, with dancers and musicians from Brittany and Estonia bringing added zest and glamour to the event.

The Friendship Link with Keila is developing and we are keen to move this forward in the near future.

HOT OFF THE PRESS
Plans are afoot to venture forth to Guipavas in 2023. We have received an invitation to meet up with our French partners in Guipavas over the Whit weekend at the end of May. Watch out as further details are published.